Our premier product SeaBD is a powerful formulation of the worlds leading organically sourced nutrients which support:

An optimal combination of non-GMO, sustainably sourced organic nutrients including:

All from Organic Sources. 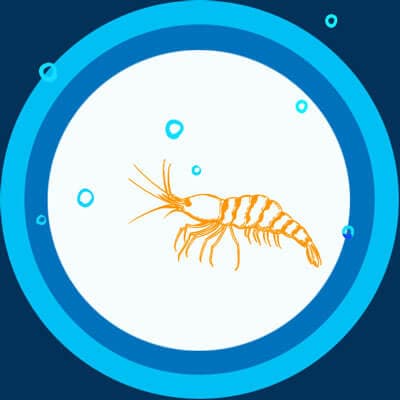 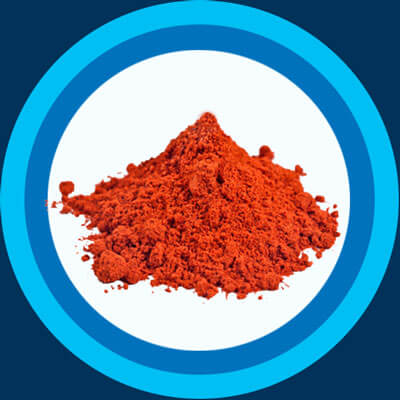 Astaxanthin is a naturally occurring dark red carotenoid found in nature primarily in aquatic animals such as salmon, krill, shrimp, and crustaceans. The microalgae Haematococcus pluvialis which grows in fresh water throughout the world is the richest natural source of astaxanthin.

Astaxanthin however, is more than just a red pigment, it is one of the most powerful lipophilic antioxidants yet discovered. It has the unique capacity to quench free radicals. Studies have shown natural astaxanthin to be over 500 times stronger than vitamin E and much more potent than other carotenoids such as lutein, lycopene and beta-carotene.

Numerous studies from around the world have established the use of natural astaxanthin produced from Haematococcus pluvialis microalgae as a potent antioxidant with proven beneficial effects for human health.

Astaxanthin was shown to decrease the risks of certain chronic diseases related to oxidative stress, supports healthy cardiovascular activity, improves muscle strength and endurance, prevents premature skin aging and joint health. Additionally, astaxanthin protects the body under stress conditions and has anti-inflammatory and immune-stimulating effects. Astaxanthin has been shown to actually cross the blood-brain and blood-retinal barriers, meaning it can positively impact disorders related to eye, brain and central nervous system, among others. 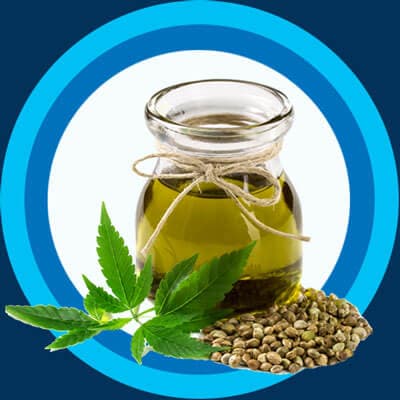 The oil contained in the hemp seed is 75-80% polyunsaturated fatty acids (the good fats) and only 9-11% of the less desired saturated fatty acids. Hemp seed oil is reputed to be the most unsaturated oil derived from the plant kingdom. The essential fatty acids contained in hemp seed oil are required in our diet more than any other vitamin, yet our bodies do not naturally produce them. They must be obtained from external sources in the food we eat. Essential fatty acids are involved with producing life's energy throughout the human body and without them, life is not possible. In general, North Americans have a high dietary deficiency in essential fatty acids due to our high intake of animal fats versus plant fats, caused by our high consumption of processed foods and meats versus natural organic foods.

Hemp seed oil has been dubbed "Nature's most perfectly balanced oil", due to the fact that it contains the perfectly balanced 3:1 ratio of Omega 6 (linolei/LA) to Omega 3 (alpha-linolenic/LNA) essential fatty acids, determined to be the optimum requirement for long-term healthy human nutrition. In addition, it also contains smaller amounts of 3 other polyunsaturated fatty acids in gamma-linolenic acid (GLA), oleic acid and stearidonic acid. The EFA combination is unique among edible oil seeds.

Hemp seed oil has been shown to provide benefits to your skin, hair, cholesterol levels, and provides essential and non-essential amino acids in abundance. Hemp seed oil also promotes proper digestion, metabolism, and hormonal balance [11], making it an optimal ingredient in this dietary supplement. Furthermore, the Hemp seed oil in SeaBD contains organic and ultra-purified omega 3, 6, and 9, is free of THC, and it has no psychoactive properties. 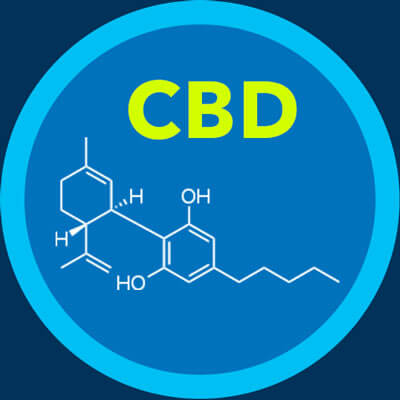 CBD stands for cannabidiol, which is a therapeutic cannabinoid that has been shown to provide relief from inflammation, nausea, anxiety, epilepsy, pain, migraines, ADHD and depression among a growing list of uses. It's safe to use, does not have psychoactive effects and is not illegal to use in the USA.

CBD is just one of over 113 cannabinoids found in the industrialized hemp plant. This type of cannabis does not contain THC, therefore does not have the psychoactive effects and is not in the same plant strain as marijuana. CBD binds to specific structures in the body called cannabinoid-like receptors. These receptors play an important role in nervous system, immune system, and pain regulation system. More specifically, the interaction between CBD and its receptors influences numerous processes in the body including the appetite, mental performance, and sleep patterns, among others. Research also shows that CBD supplementation improves the body’s ability to reduce inflammation and pain that is caused by conditions such as arthritis, muscle aches, joint problems, nerve pain, epilepsy, and cancer pain, to name a few. Furthermore, taking CBD as medically recommended does not cause harmful side effects. SeaBD contains hemp-derived CBD that is European sourced and obtained directly from the stalks of hemp. This procedure is in accordance with US regulations for the legal use of CBD. 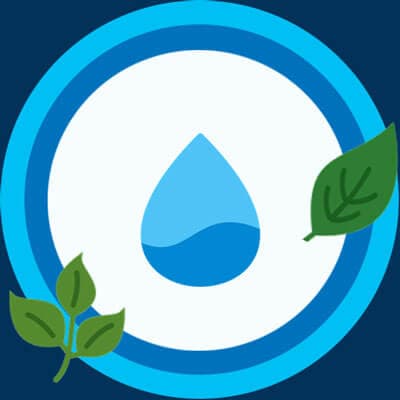 What are terpenes? Terpenes are found in the essential oils of plants and contribute to their flavor, scent, and color. Plants like rosemary, mint, and basil have a strong terpene profile, which is why they’re referred to as aromatic plants. Hemp contains a wide range of terpenes (over 120) that are thought to interact synergistically with the cannabinoids in the plant and to enhance its health effects.

Terpenes in hemp have anti-inflammatory, anti-bacterial and anti-viral properties, the most known of them being caryphyllene and myrcene.

Beta-Caryophyllene, for example, is known to activate the CB2 receptor and to have anti-inflammatory effects. It’s non-psychoactive and is the first FDA approved dietary cannabinoid, being used as food additive.

Myrcene is also found in menthol, mango, hops, eucalyptus, lemongrass, and many other plants. Just like the previously mentioned compounds, it has anti-microbial and anti-septic properties and acts as a natural anti-depressant, anti-carcinogen and anti-inflammatory agent.

As inflammation is typically associated with joint problems, this particular property makes terpenes useful at enhancing joint health. Terpenes also possess antioxidant activity that provides cells with protection from various types of damage, including that which may be caused by diseases such as diabetes, cancer, kidney, cardiovascular, nerve, or liver disease. Therefore, terpenes have the ability to dramatically improve overall health.

Furthermore, hemp only contains a trace amount of THC that does not cause drug-like effects. The hemp seed oil and hemp-derived ingredients in SeaBD contain less than 0.03% THC, which is not only undetectable but also legal in the United States. 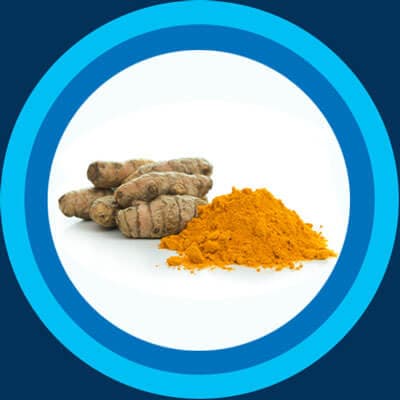 Curcumin is a powerful anti-inflammatory substance and a potent antioxidant [22]. Although the body is capable of effectively absorbing curcumin, taking it along with black pepper (biopiperine), which is also an ingredient in SeaBD, dramatically improves the absorption of curcumin [23]. Curcumin has been shown to target the symptoms of joint arthritis [24, 25], and clinical studies also show that it is strong enough to enhance the body’s ability to prevent cardiovascular, lung, nerve, and immune system diseases as well as cancerous and noncancerous tumors [26-28]. This important ingredient in SeaBD is beneficial for every part of the body. 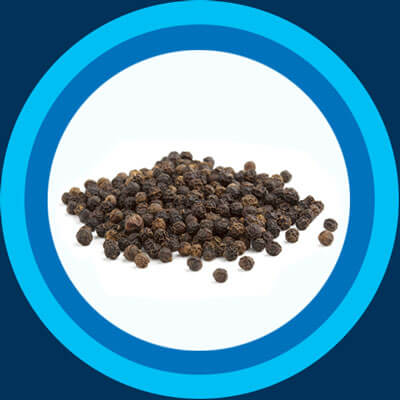 Biopiperine is commonly known as black pepper which enhances the absorption of other nutrients, but it also helps improve the symptoms of joint pain, muscle aches, heart disease, and inflammatory diseases. 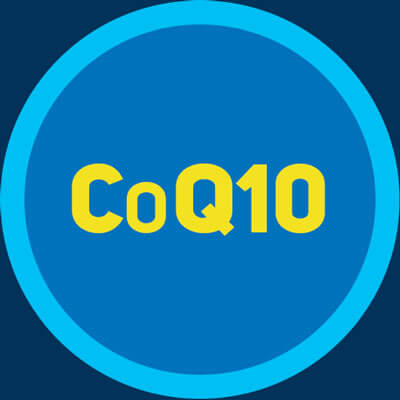 CoQ10 or Co-enzyme Q10, is a powerful antioxidant that is naturally found in the body, but a CoQ10 deficiency is linked to nerve damage and muscular disorders that can cause pain, discomfort, and swelling in various parts of the body including the joints [31]. Research even shows that CoQ10 supplementation can prevent chronic pain and cartilage degradation that is caused by osteoarthritis [32]. Therefore, it is important to maintain adequate levels of CoQ10 in the body and SeaBD provides a daily supply of this essential nutrient. Furthermore, SeaBD contains the highest quality of CoQ10 in a low dose that does not interfere with medications. 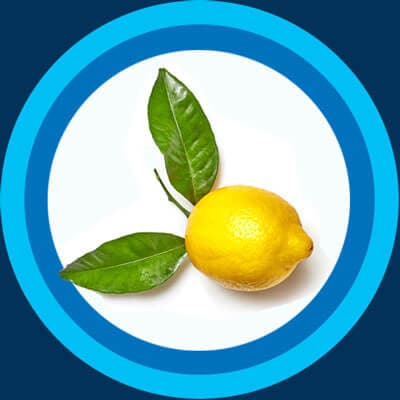 SeaBD softgels contain lemon oil which has detoxifying, antibacterial, anti-stress, and antioxidant properties These properties boost immune system function, blood circulation, and the body’s ability to prevent foreign particles (e.g., toxins) from damaging cells. Each of these benefits supports enhanced joint health as well as an improved quality of life. The softgels are also coated with lemon oil which gives them a pleasant smell and flavor but also stimulates enzymes that help you digest the ingredients in this powerful dietary supplement.

SeaBD 's BLEND OF PROVEN INGREDIENTS, INDIVIDUALLY POWERFUL BUT TOGETHER ARE A POWERHOUSE FOR YOUR MIND, BODY AND OVERALL HEALTH